Holly Brown has lived with Multiple Sclerosis for 19 years and Sarcoidosis for 5. After beginning treatment of Rituxan infusions, Holly developed a serious rash on her back. Receiving blank stares from the medical community and researching how prevalent skin reactions were with cancer treatment she was on a mission. In 2012, Holly received her Massachusetts Aesthetic license after successfully completing the Aesthetic Program at Spa Tech Institute in Plymouth MA. In 2013, she became Oncology-trained in Arizona and realizing her passion she formed a nonprofit 501(c)(3) Public Charity called Looking & Feeling FAB, Inc. (LFF).

Needing more experience understanding Oncology clients she became a certified facilitator for the Look Good Feel Better Program through the American Cancer Society. In 2014 Holly certified in Basic and Advanced Head and Neck Manual Lymphatic Drainage from the Vodder School International in Chicago and chosen as the “Bad Ass Chick” of the week by AMP radio 103.3 FM for the important work she started. In 2015, Holly recognized for her success as the first nonprofit to treat skin reactions from cancer treatment, became a recipient of the Myra Kraft Community MVP award, receiving a sizable grant for LFF from the New England Patriots Charitable Foundation. Holly was awarded the State Sunrise Award, recognized as Massachusetts Volunteer of the Year by the American Cancer Society. Proving her skills to Drs and medical staff, in 2016 Holly’s program was implemented into the Radiation Oncology Department of Signature Healthcare Brockton Hospital. That year she was highlighted in the Boston Sunday Globe in an article titled, “Holly Brown Helps Patients Feel FABulous.”

Now a leading expert at treating compromised skin, in 2017, Holly was selected as an official judge of the Compassionate Category for the International Competition The Skin Games held in San Ramon, CA, returning in 2018, adding the Holistic Category and again judging both categories in 2019.

Continuing on in 2017, she was chosen to sit on the Advisory Board of Spa Tech Institute in Plymouth and became an official instructor for the Livestrong Program at 6 local YMCAs educating cancer patients on caring for their skin. To finish out that year she successfully mentored a colleague from Georgia achieving 501(c)(3) Public Charity status for her charity modeled after LFF called “A New Daly Beginning.” In 2018, she achieved 501(c)(3) Public Charity status for a nonprofit called Spa Professionals Oncology Trained, Oncology Navigators (SPOT ON), in Washington State, sitting on the Board of Directors as Secretary. That same year Holly co-authored a scientific peer-reviewed study, “Physiological Renormalization of Skin in Traumatic, Irradiation, Autoimmune and Aging Conditions Using S2RM Stem Cell Released Molecules Enhances Healing and Reduces Pain.” The study featured a method Holly developed pre-treating 15+ people 2 weeks prior to undergoing 30+ days of radiation and witnessing the little to no irritation they developed, reducing pain and improving quality of life. Holly created a 4 hr overview Oncology certification class for Aestheticians giving them the tools to safely work on clients who were undergoing treatment or who had a history of cancer. She educated Aestheticians from 14 Massage Envy spas across MA and NH. Holly recorded a podcast for Passionate World Radio Network and was featured in an article about her work in International Cancer Review. In 2019 she participated in a Webinar on Sensitive Skin for American Spa Magazine, featured for ASCP Oncology month, chosen as a Finalist for “Philanthropy of the Year” by American Spa Magazine, and wrote an article for NASNPRO magazine titled, “Understanding Pink Washing.” Holly is passionate about advancing her nonprofit but in her downtime loves spending time with her husband JJ and their 4 cats at her home in Brockton, MA.

"We had to do something... Imagine going to work like it is any other day,” says Sheila Wilson, ER … END_OF_DOCUMENT_TOKEN_TO_BE_REPLACED

For Victims of Healthcare Violence Are you a victim of healthcare violence? Would you like … END_OF_DOCUMENT_TOKEN_TO_BE_REPLACED

Get a beautiful hand-made quilt 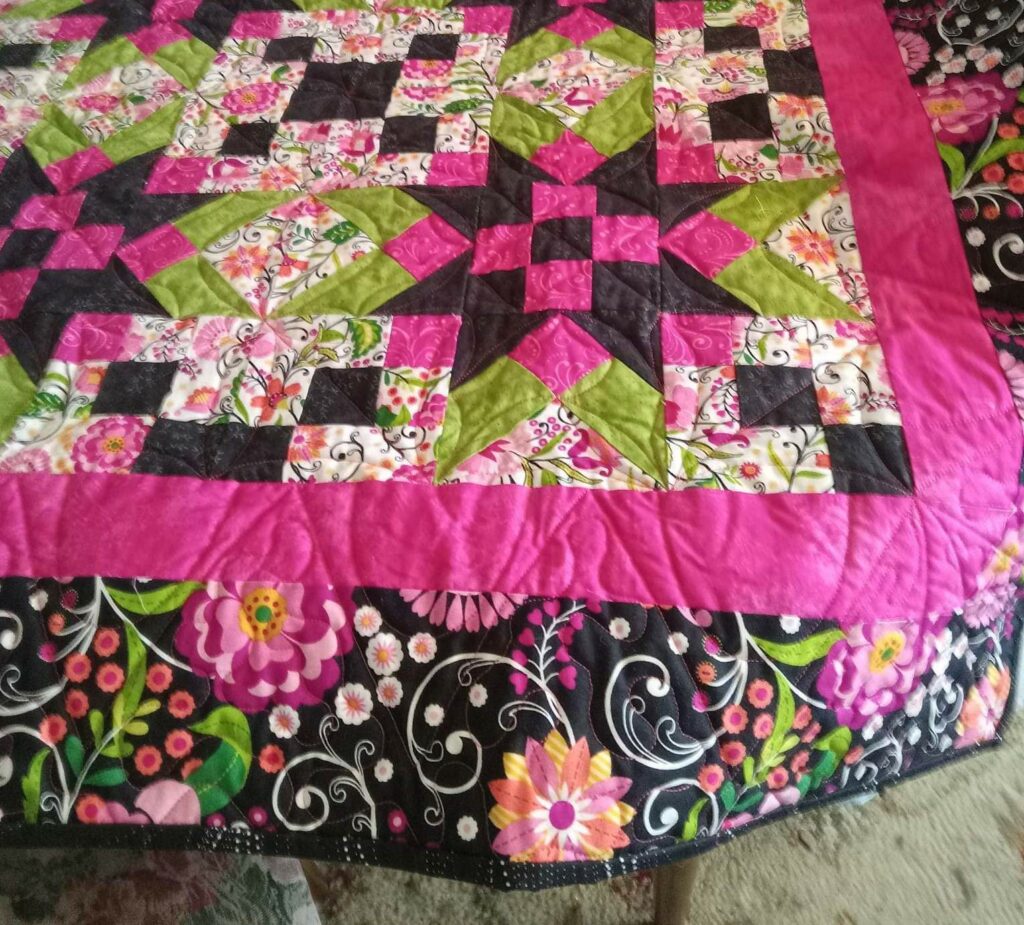 Any purchases or donations are tax-deductible.